After I had posted my poem a few days ago, I realized I should translate it. So, I put it into French, Hawaiian, and Persian. This last was the most difficult. Fortunately, I had the help of a Persian professor, Ladan Hamedani, at the University of Hawai‘i to smooth out my "wrinkly" Persian.

Perhaps in the coming weeks, I will add more translations. Perhaps I will post the poem on Facebook and ask for translations. I wonder if I will get any volunteers, any responses. The blogosphere is so saturated these days. 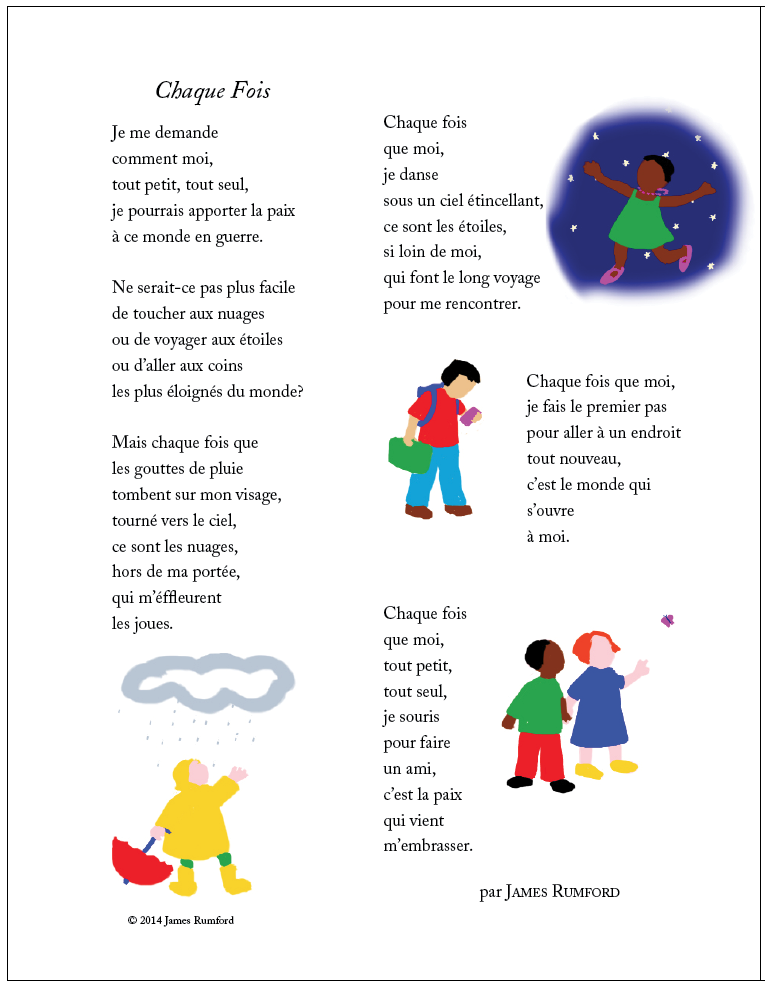 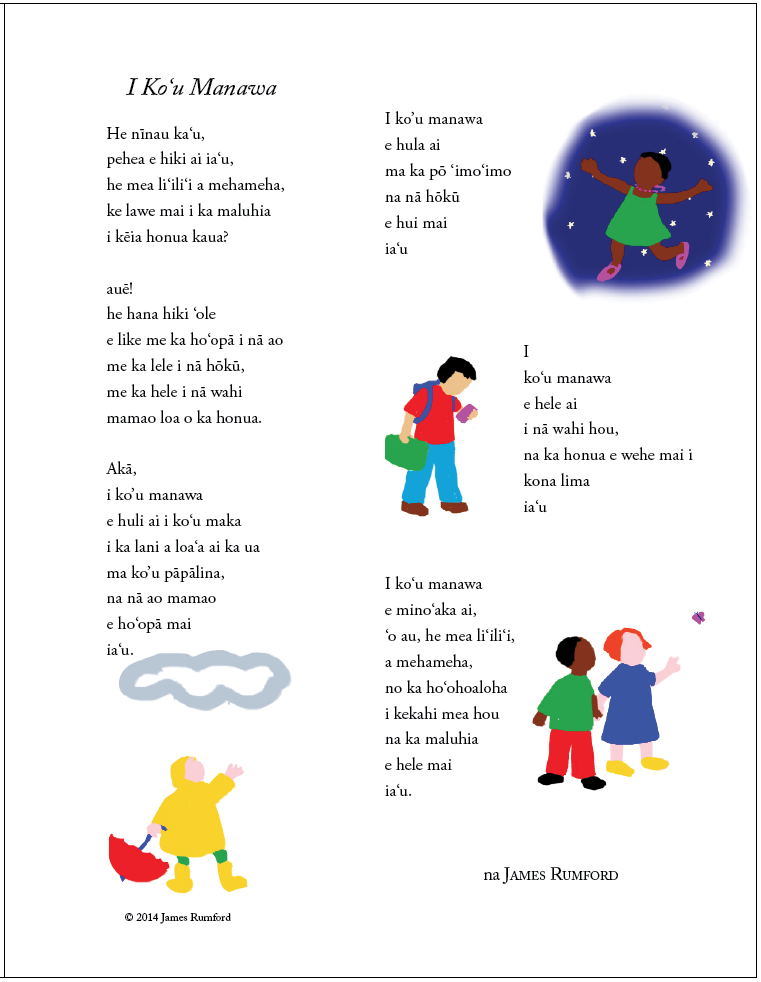 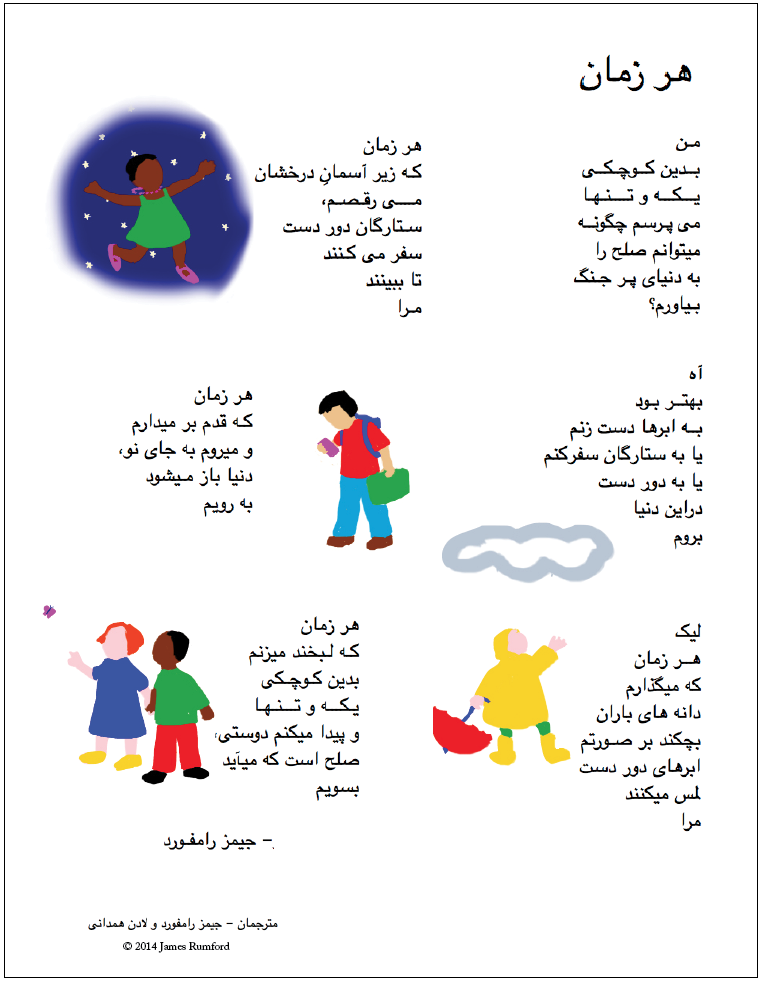 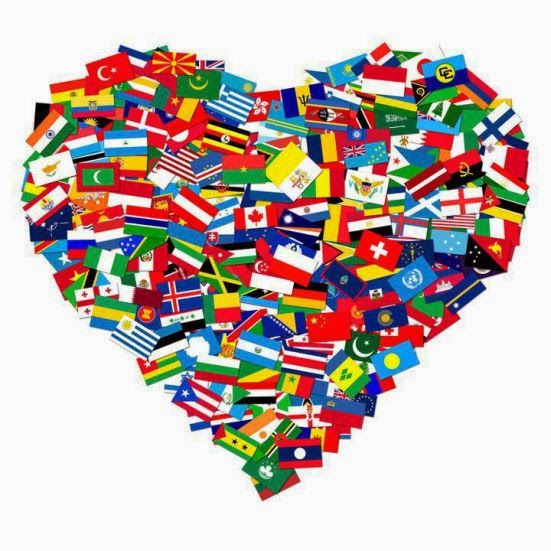 This coming Friday, October 24, is United Nations Day. I remember celebrating that when I was a kid in school. I don’t know if anyone celebrates it anymore, but I thought I would by posting this about a poem I wrote.

I have two people to thank for getting me to write this poem in the first place.

The first is a woman who contacted me last May about judging the best short stories submitted by Muslim children living in the U.K. and about writing a poem for their magazine Young Muslim Writers Awards, which is funded by a charity called Muslim Hands.

I was a bit hesitant. What kind of organization was Muslim Hands? What kind of magazine did they put out? And most important, did I feel up to writing a poem for children, thinking that it needed to be in rhyme?

So I checked out the organization and the magazine: religious in nature and a promoter of such social values as harmony, truthfulness, and responsibility. That sounded ok to me. As for writing the poem, I decided, after talking with my writer-friend Sue Cowing, that it didn’t have to be in rhyme. That sounded ok to me, too. Even so, I didn’t have a clue what I was going to write about and without that I knew my muse wouldn’t come calling.

The second person I’d like to thank is Maya Soetero Ng, the President’s sister, who provided the subject for my poem. In June, I was part of a panel discussion which Maya chaired. The panel was on writing children’s books and relevant topics for such books. One of those topics was the importance of using children’s books to promote peace. After the discussion, I told Maya about the poem I had to write. We both agreed that it should be about peace.

All I had to do now was wait for my muse to show up, which would be last minute, if I knew my muse. (As expected she showed up the day before the deadline.) I wrote the poem and sent it off. About two weeks ago I decided to illustrate the what I had written. Then on a whim I sent it to the Jane Addams Peace Association, from whom I had received two awards. And thus it happened that my poem was read during last week’s ceremony. 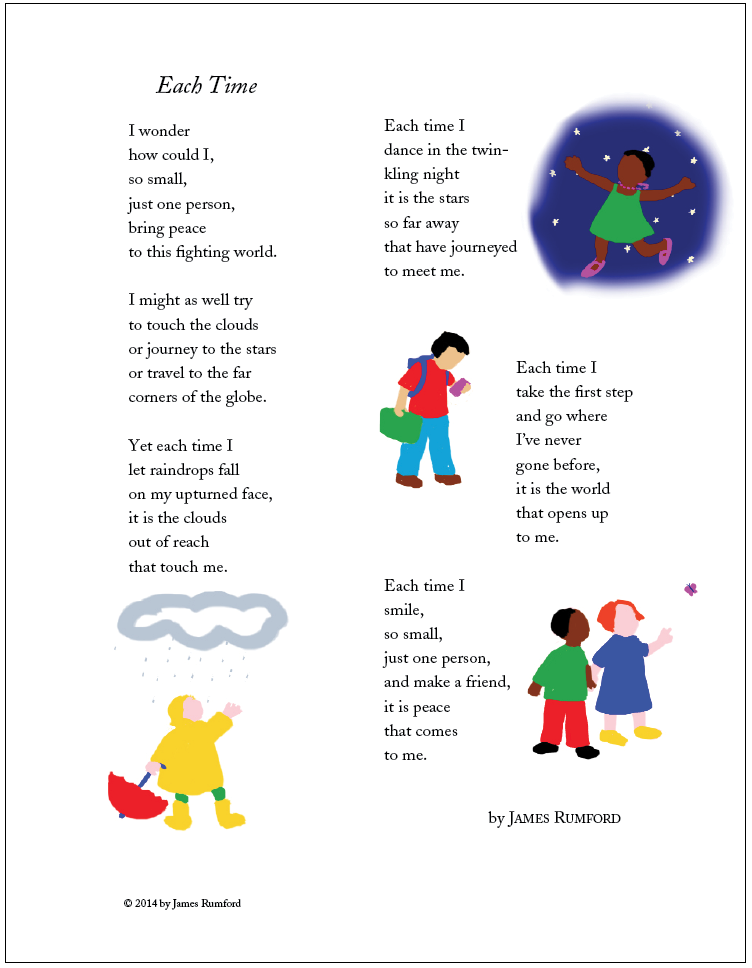 Posted by James Rumford at 12:12 PM No comments: